C. sempervirens is a medium-sized coniferous evergreen tree to 35 m (115 ft) tall, with a conic crown with level branches and variably loosely hanging branchlets. It is very long-lived, with some trees reported to be over 1,000 years old.

The foliage grows in dense sprays, dark green in colour. The leaves are scale-like, 2–5 mm long, and produced on rounded (not flattened) shoots. The seed cones are ovoid or oblong, 25–40 mm long, with 10-14 scales, green at first, maturing brown about 20–24 months after pollination. The male cones are 3–5 mm long, and release pollen in late winter. It is moderately susceptible to cypress canker, caused by the fungus Seiridium cardinale, and can suffer extensive dieback where this disease is common. The species name sempervirens comes from the Latin for ‘evergreen’. 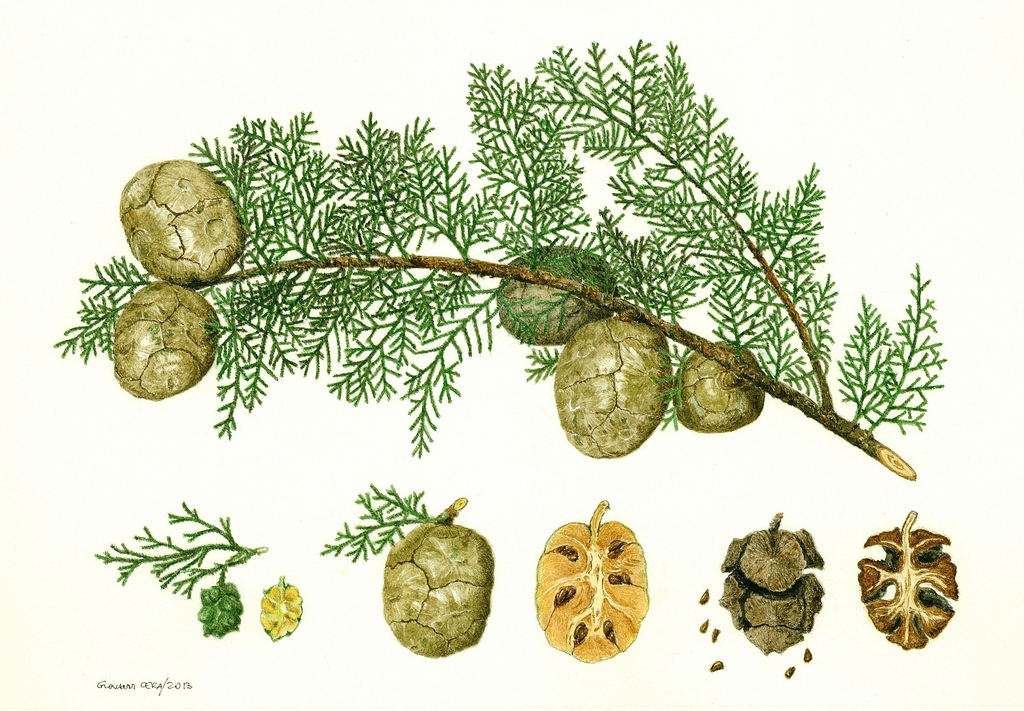 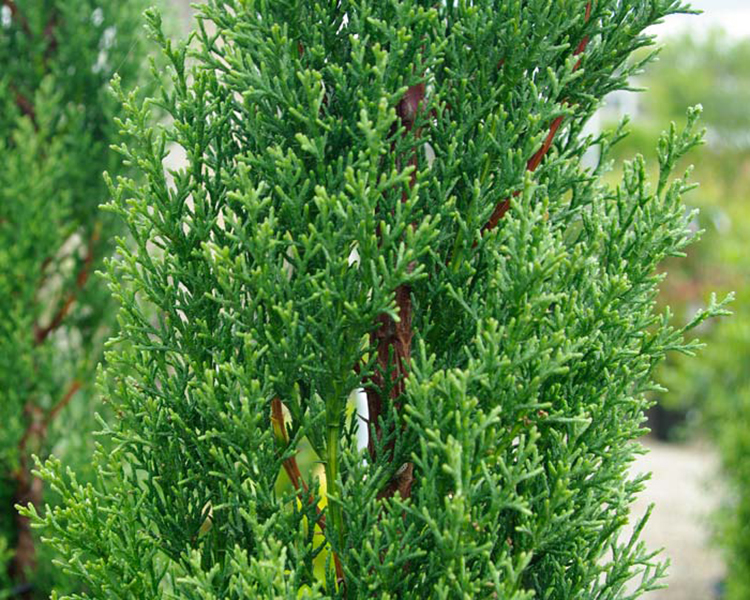 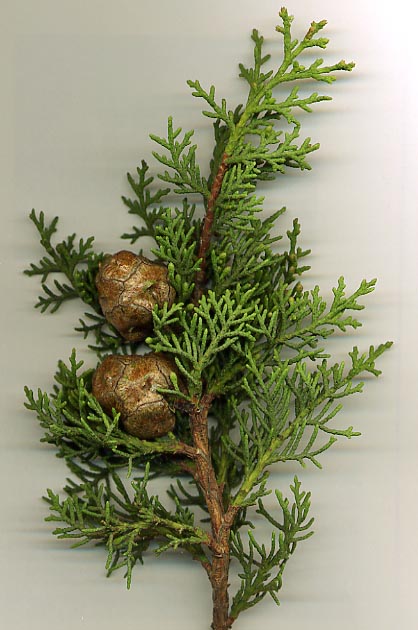